I’ll skip the boring details of my trip to Birmingham New Street, but I arrive on time in the later hours of the morning, after rush hour. First, we need to address New Street. People really do hate it, but I like it. It’s everything you need from a railway station (since the redevelopment anyway). The platform level is a little grim, but apart from that, it’s a nice station, and the new signage looks great (even though it doesn’t follow the National Rail brand guidelines).

My first trip was to Perry Barr, a station rebuilt in time for the Commonwealth Games taking place in Birmingham in July/August. Apart from getting on the wrong train (since Perry Barr’s service is somewhat limited for a suburban station, a theme you’ll notice a lot today), my trip was alright.

Perry Barr station, from the outset, looks great – the signage is good (but West Midlands Trains, just pick one font and stick to it!) – the building is spacious – and the passenger information screens are really, really good. The best I’ve seen in my time travelling around the UK. But, there are two main problems with Perry Barr:

I’ll focus on this second issue, because it’s a theme across the West Midlands.

Perry Barr is on the Chase Line, but on the slow lines via Duddeston, Aston, Witton, and of course, Perry Barr itself. This means it’s only served by the Walsall stoppers running every thirty minutes. As a result, it’s by no means a turn-up-and-go service, unfortunately. If we compare this to Tame Bridge Parkway, on the fast and slow lines, it gets a service every ten minutes or so:

If you’re trying to get to Birmingham, it’s almost a train every ten minutes, whereas Perry Barr, which is an important part of the city, gets a train every thirty minutes. Unfortunately, it’s all about rail geography. 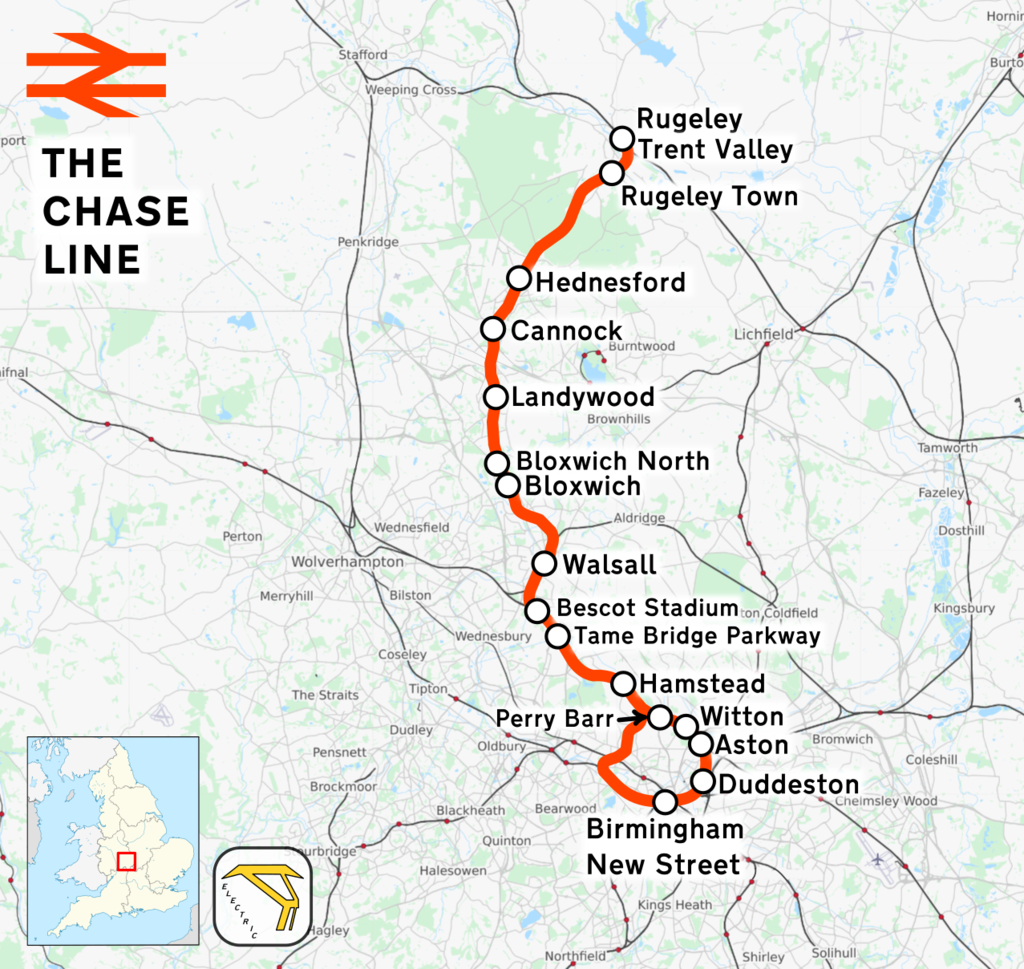 I headed back to New Street (on quite an overcrowded train – I struggled to find a seat, probably because it was just a four-coach train). My next trip was to Wolverhampton, which has also (but not as recently) seen a station refurbishment, and as you may know, a delayed tram extension.

Wolverhampton station is quite big. A huge gateline, plenty of information displays, ticket machines etc. The only problem at the moment is what’s going on outside.

The extension has been delayed, and was promised to be opened in time for the Commonwealth Games, but Transport for West Midlands has now said this won’t be happening. Instead, it’s just an eyesore on an otherwise really great station. Nevertheless, I’m very excited to see trams rolling past Wolverhampton railway station eventually. 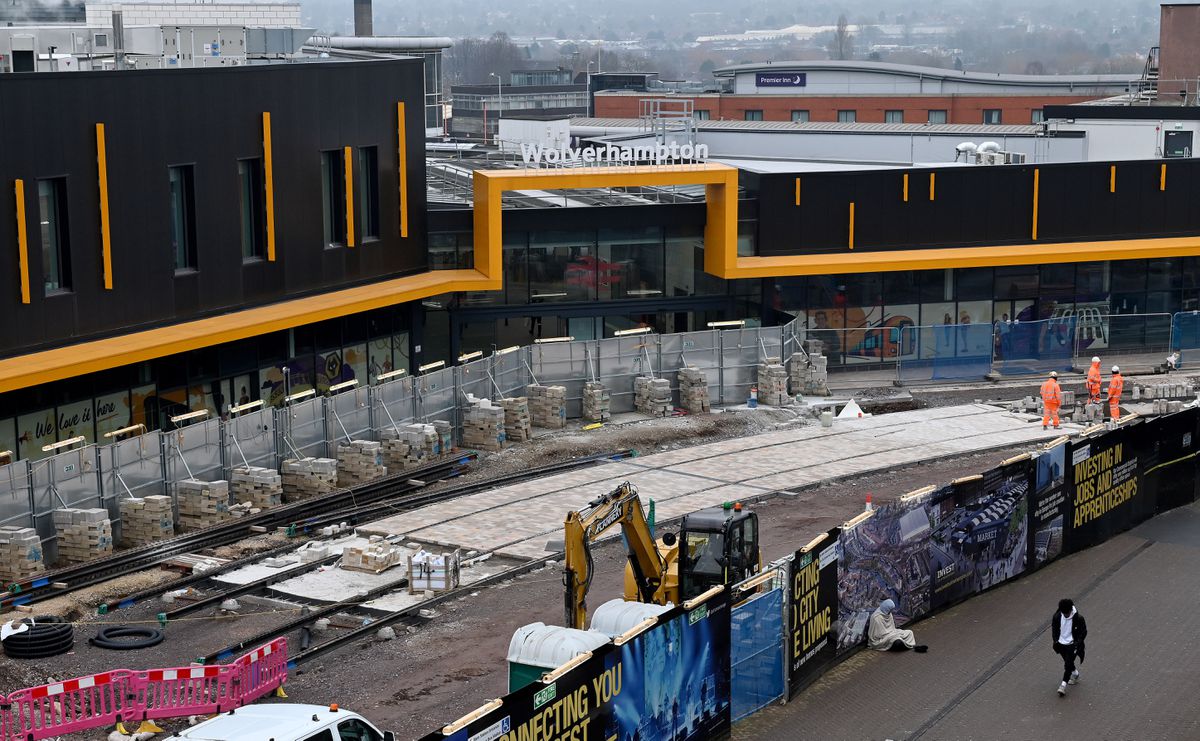 I took a very wacky trip home to Northampton (via Crewe!), and thus ended my trip to the West Midlands – or did I? I boarded a stopping London Euston service at Crewe, and wow, was it busy after some of the Trent Valley stations (especially Lichfield!) Now, I’ll answer the core question of this blog post – is there enough investment?

There’s two answers to this – in the West Midlands conurbation – yes! From reopening Wolverhampton – Walsall, to running services via the Camp Hill Line once again, and numerous other projects in the works including tram enhancements, there’s so much going on in and around Birmingham. But in the West Midlands region, it’s a completely different story.

A lack of electrification to Shrewsbury and Telford. Infrequent and impractical Trent Valley stopping services. A lack of a mass-rapid-transit network in Stoke-on-Trent. A lack of railways in Herefordshire as a whole (only four!)

From what I’ve seen, not just from my trip in July, but as a whole, as a Northampton resident, some of this funding needs to be redirected to the region, not the conurbation, and where funding is being sent to the conurbation, services are the things that need to be improved (and how quickly projects can be delivered!)

High Speed One: The success of…